Alma Sundquist was born in Torp, Medelpad in 1872. She was the youngest of two daughters born to postmaster Johan Erik Sundquist and Katharina Kristina Holmer, who was known as Karin. Following the death of their father the girls and their mother moved to Sundsvall. There Alma Sundquist began to attend Sundsvalls högre flickläroverk (advanced girls’ school). After their house was destroyed in the great fire of the summer of 1888 they moved to Stockholm. Alma Sundquist gained her school-leaving certificate from the Wallin school on 21 May 1891.

In the autumn term of 1891 Alma Sundquist enrolled at Uppsala university in order to study for the preparatory medical-philosophical exam. Ada Nilsson was a fellow student at Uppsala and the two women struck up a lifelong friendship and became colleagues. Astrid Cleve, a natural scientist, and the historian Lydia Wahlström were also contemporaries at Uppsala. The latter was the driving force behind the establishment of the Uppsala kvinnliga studentförening (female students’ society) in March 1892, with members including Thora Granström, Elsa Frölich, Alma Sundquist, Ada Nilsson, Signe Trygger, Anna Synnderdahl, Gulli Petrini and Adele Philipson. Alma Sundquist was also a member of Verdandi.

After completing her preparatory studies Alma Sundquist, along with Ada Nilsson, carried on studying at Karolinska Institutet (KI), from which they both gained their Bachelors’ degrees at the same time, on 30 May 1896, followed by their medical licentiates on 28 November 1900. The world they entered was a markedly male environment. Their formal rights to study notwithstanding, the women were constrained within pre-established limits, in direct contrast to their male colleagues. Similarly, it soon became apparent that their right to hold official posts was far from won.

Alma Sundquist ran a private surgery in Stockholm from 1901 until 1939. She also served as school doctor at the Detthow school from 1902 until 1918. She specialised in gynaecology, venereology, and dermatology. From November 1903 until March 1904 she was on Kommittén angående motarbetande av smittosamma könssjukdomar (Reglementeringskommittén) (committee to fight infectious venereal diseases). She also gained employment at a polyclinic in 1903, a job she held until 1918. When Lex Veneris – which she helped to introduce – was implemented on 1 January 1919 the polyclinic underwent a re-organisation.

Alma Sundquist was one of the most prominent female doctors active within the socio-political sphere of the early 1900s. Her clinical work brought her face to face with poverty, unhygienic housing, and social problems, including regulated prostitution which forcibly registered women and “labelled them as belonging to the lowest and most contemptible social class. Hardly anyone wants to hire these women”, as recorded by Alma Sundquist and her colleague Julia von Sneidern in their book Handledning i sexuell undervisning och uppfostran. These experiences influenced her attitudes towards her work as a doctor and caused her to be deeply involved in women’s issues and social reform, particularly with regard to sexual politics. Her interests included the living conditions of working-class women, opposing segregatory laws for women in conjunction with introducing a ban against working at night in 1909. She was against all special gender-based legislation relating to the working environment. She also served as an investigative doctor for underage industrial workers from 1912–1930.

Alma Sundquist taught hygiene at girls’ schools and on various teaching programmes whilst also giving sexual education lectures throughout the country at the weekends. In 1910 she became a member of the board for the newly established Svenska sällskapet för rashygien (SSR) (Swedish society for eugenics), which sought to improve the physical and spiritual health of future

generations. Her activism was related to the attention generated by Handledning i sexuell undervisning och uppfostran in the spring of 1910 due to two pages in one chapter on eugenics which mentioned contraception. In combination with Hinke Bergegren’s lecture on “Kärlek utan barn” this gave rise to a parliamentary debate and Bergegren was charged with indecency. This debate then led to the so-called contraception law – or Lex Hinke – which was proposed in the summer of 1910, enacted by the 1911 parliament, and which remained in force until 1938. This entailed that public information on and the sale of contraception became punishable by law and could lead to two years’ imprisonment. Doctors, meanwhile, were in certain cases allowed to provide prescriptions for contraception which would then be filled by a pharmacist.

Alma Sundquist was highly critical of the contraception law and she expressed this criticism in a 1911 publication entitled Kommittébetänkandet angående åtgärder för motarbetande af de smittosamma könssjukdomarnas spridning. She also put her criticism into practise through her work as an expert on Betänkande angående åtgärder för spridande av kunskap om könssjukdomarnas natur och smittfarlighet m.m., published in 1921, as well as in a chapter entitled “Är preventivlagen ett hinder för sund sexuell upplysning?” in Aktuella spörsmål på släktlivets område, a book published by Socialdemokratiska kvinnoförbundet (the Social Democratic women’s association) in 1928. She did not remain a member of the SSR for very long – her interest in the group had more to do with finding as many ways as possible to soften up Swedish society’s conservative approach to sexual education and contraception. She, along with her friends, were in favour of eugenics and sought to strengthen the quality of the population, thereby promoting contraception, sexual education, and abortion rather than sterilisation. These attitudes were deemed controversial by the eugenicists of the SSR who were more focused on establishing an institute of racial research.

Alma Sundquist was one of the founders of Svenska föreningen för moderskydd och sexualreform (Swedish society to protect mothers and sexual reform) in 1911. Her colleagues in this context included Edvard Wavrinsky, Frida Stéenhoff, Ada Nilsson, Anna Lindhagen, Ulric Müllern-Aspegren and Georg Stjernstedt. She published a work entitled Samhället och prostitutionen in 1913 which was based on a lecture she had given on behalf of the society on 5 April 1913.

Alma Sundquist was also active within other professional arenas. For example, she was elected into the newly-established Dermatologiska sällskapet (Dermatological society) in 1904, and during 1933 she served as the society chair, whilst from 1927-1933 she was a member of the board of its donations fund. Further, she was one of the pioneers of the women’s suffrage movement and belonged to the so-called ‘united suffrage committee’ which comprised both right-wing and left-wing members and which called the constitutive meeting of the Föreningen för kvinnans politiska rösträtt (FKPR) (national association for women’s suffrage) at the Grand Hotel in Stockholm on 4 June 1902. Alma Sundquist resigned from the board of the Stockholm FKPR at the first annual general meeting held on 23 February 1903.

Alma Sundquist’s efforts on behalf of the professional rights of female doctors intensified from 1916 onwards when a sizable number of the female doctors and medical students in Sweden were called to two meetings in Stockholm. A committee, called Kvinnliga läkares permanenta kommitté (KLPK) (permanent committee of female doctors) was set up to push for rights to hold high-ranking posts. Karolina Widerström was the driving force behind the committee which also included Alma Sundquist, Ada Nilsson, Lilly Paykull, Elin Odencrants, and Andrea Andreen and Nanna Svartz. Alma Sundquist was also chair of Akademiskt bildade kvinnors förening (ABKF) (academically qualified women’s association) from 1918–1924, a position in which she had succeeded Karolina Widerström, and to which she herself was succeeded by Andrea Andreen. The KLPK was reorganised

in 1926 and became Kvinnliga läkares klubb (female doctors’ club) where Alma Sundquist once again succeeded Karolina Widström as chair in 1929.

Alma Sundquist was also active at an international level. In 1919 she served as a Swedish delegate at a congress held in New York at which the Kvinnliga läkares internationella förening (female doctors’ international association) was set up. From 1934–1937 she served as chair of this group. During her travels in 1919 she also participated as a fraternal delegate on behalf of the Social Democratic party women’s association at a meeting held by the National Women’s Trade Union League of America in conjunction with the International workers’ conferences in Washington D.C. Her reports from both conferences were published in Morgonbris and in Hertha.

On behalf of the League of Nations, and with the help of the American lawyer Bascum Johnson and the Polish diplomat Karol Pindor, Alma Sundquist spent two years tracking the Asian slave trade in women and children. They travelled through Indochina, Japan, China, India, Persia, Syria, and Palestine during the 1930–1932 period gathering information for the extensive report which was made public in December 1932. 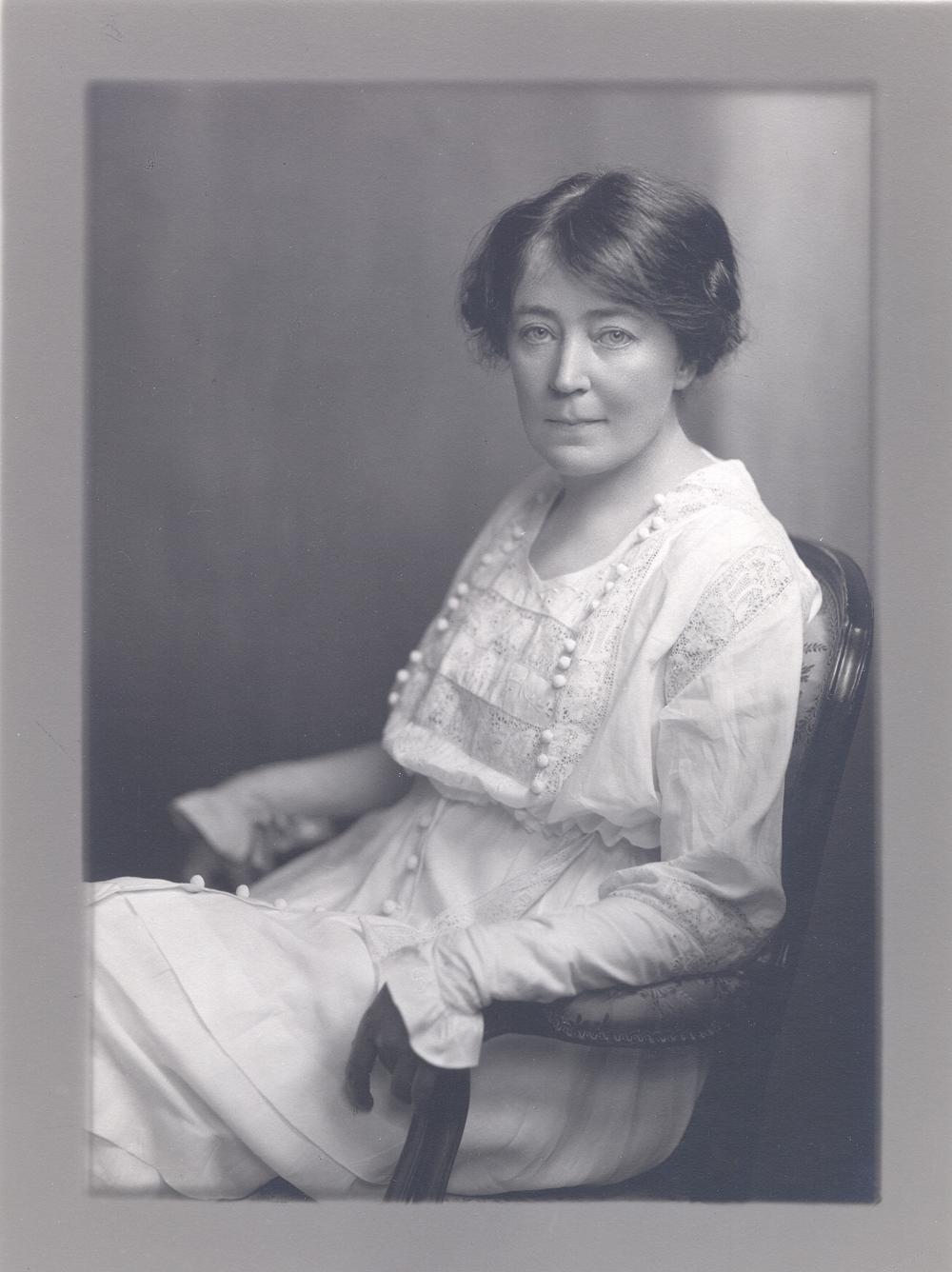