Anna-Lisa Thomson was an important artist within the ceramics industry of the 1930s and 1940s. She helped to raise the status of both industrial and artistic goods. She created a series of urns and vases, including drop-shaped and ridged vases. She is considered to be one of the most influential ceramic designers of the first half of the twentieth century and to be one of “the five greats”, along with Vicke Lindstrand, Ingrid Atterberg, Mari Simmulson, and Hjördis Oldfors.

Anna-Lisa Thomson was born in 1905. She was the daughter of the wholesale merchant Axel Thomson and Lisa Molander who brought her up in Karlskrona. For a time, as a young woman, she was married to the doctor John-Paul Edwardson. She studied at Tekniska skolan (now Konstfack, school of arts, crafts and design) in Stockholm during the 1924–1928 period. Thanks to several stipends she was able to travel to Italy, Austria, Prague and Dresden in order to further her skills in ceramic art.

Immediately after gaining her qualifications she was hired by St. Eriks Lervarufabrik in Uppsala. At that time she was the first artist to be permanently employed. Two years later she was appointed artistic director. Anna-Lisa Thomson lived in Uppsala where she became a well-known and established cultural figure. In 1933 Upsala Ekeby AB, when specifically seeking to adopt a more modern approach, recruited Anna-Lisa Thomson to work for their firm. She refined the firm’s ceramic output by introducing new techniques and experimenting with glazing methods. Her approach took the same care with batch production as with individually produced items. Anna-Lisa Thomson intentionally worked on the principle that she could create items while working with big industry, which made these items more widely accessible through affordable pricing.

Anna-Lisa Thomson’s output was simply designed, often in a classical manner, but she also worked with patterns, with nature-inspired motifs which were either painted on or mounted in relief. These included images of snails, mussels, leaves and flowers. Her work also included a surrealist element, primarily seen in her illustrations.

One of Anna-Lisa Thomson’s best-known works is a vase from 1948 called Paprika, which was subsequently produced in a range of different shapes and sizes right up until the 1960s. Other favourites by her include Lancett from 1949, namely a series of urns decorated with leaves in relief under a celadon glazing, as well as Marina and Spectra, both of which displayed motifs inspired by sea-shapes.

Anna-Lisa Thomson was a painter, a drawer, and a poet. Her paintings are naïve in style, take their inspiration from nature, and full of colour. Her book Eko av dagars ljusa klang: teckningar och dikter was posthumously published in 1953. It contains poems by Anna-Lisa Thomson as well as her illustrations and is considered to be both a poetry collection and an art book.

Anna-Lisa Thomson delighted in spending some time each year at her summer cottage in Grundsund on the west coast of Sweden. There she socialised with fellow artists and painted, drew, and wrote poetry. She spent much of the final part of her life there. The west coast also inspired many of her artistic motifs.

Anna-Lisa Thomson exhibited her art at various places: items produced for the Upsala-Ekeby enterprise were displayed at Röhsska Museet in Gothenburg and at Thurestams konstgalleri in Stockholm. She also held solo exhibitions, such as at Uppsala and at Galerie Moderne in Stockholm in 1943, as well as at Karlskrona in 1944, for example. She also participated in the Stockholm Exhibition of 1930, Konsthantverkarnas Gilles exhibition at Nationalmuseum in 1937, Sveriges allmänna konstförenings exhibitions in Stockholm 1941–1942, Lorensbergs konstsalong in Gothenburg in 1949, and the 1951 Triennale di Milano, where she was awarded the silver medal. Anna-Lisa Thomson’s work won international plaudits on several occasions, including at Paris in 1937 and in New York in 1939. In Uppsala an exhibition was held in her memory in 1953 at Östgöta nation (student corps) whilst in 1956 Sickan Abramson art gallery, also in Uppsala, displayed a collection reflecting her work. Anna-Lisa Thomson’s works also form part of the collections held by Stockholm Nationalmuseum and at Röhsska museet in Gothenburg.

Anna-Lisa Thomson suffered from breast cancer and died in 1952, aged 42. She is buried at Uppsala old cemetery. 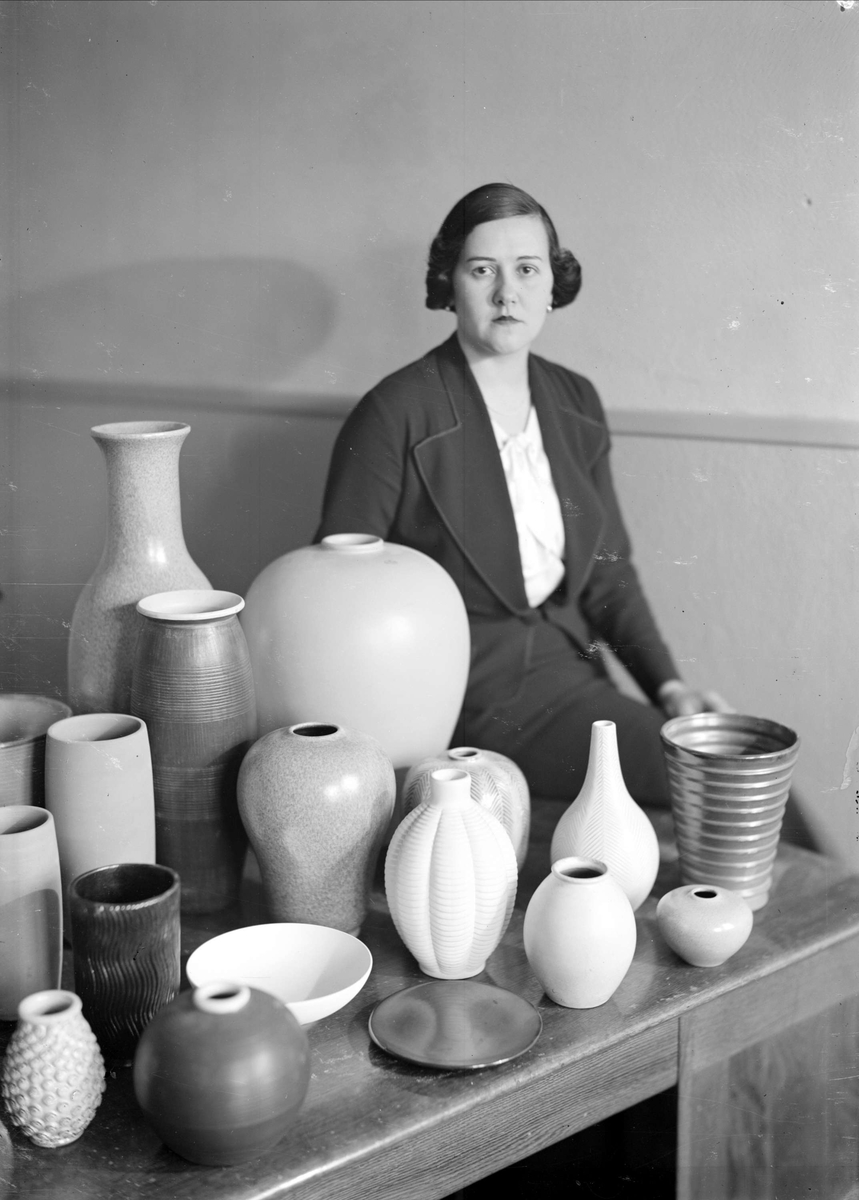