Anna Vogel was a driving force for the right of physically disabled people to an occupation and meaningful activity. She was the matron at the Göteborgs Vanföreanstalt in 1918–1937.

Anna Maria Vogel was born in 1877 in the county of Södermanland, the daughter of Ebba Julia Christina Vogel, née Kistner and her husband Ernst Vogel, a farmer. She trained as a nurse and worked at the Västansjö Lasarett in Norrbärke among other places in 1902–1905. After her years at Västansjö, she was appointed to a post at Sabbatsberg Hospital in Stockholm where she also worked as a head nurse. In 1912, Anna Vogel left Stockholm temporarily to work at a volunteer nurse in the Balkan war. That period must have been a trial to her, since she was infected with typhoid fever and at the beginning of 1913 had to be cared for at an English hospital in Constantinople as it was then known. This was reported in the newspapers of that day. In her meetings with war invalids, the foundation seems however to have been laid for her lifelong involvement with disabled people.

During the early 1900s, the opportunities for the disabled in the community were severely limited. Children with various types of physical disability had no right to attend school, despite the fact that elementary school in Sweden had been compulsory since 1882. Physically disabled children and adults were categorised at that time as “cripples”, and the only opportunities they had for education were those in the few institutions that existed at that time. The institutions for the crippled were trade schools for working-class children, where they were trained for some craft or other.

In 1918, Anna Vogel left Sabbatsberg to take up a post as the matron for the Gothenburg institution for the crippled: Göteborgs Vanföreanstalt. It had been started on the initiative of Alice Bonthron. Some years afterwards, the Swedish central committee for institutions for the crippled, Svenska Vanföreanstalternas Centralkommitté, discussed the need for a magazine. In 1923, on the initiative of Anna Vogel, the magazine Svensk Vanföre-Tidskrift started to be published. She was the editor and publisher responsible, and she wrote in the first number’s editorial that the aim of the magazine was to be a cohesive link for former pupils at the country’s three institutions for the crippled, but that she also hoped that it would reach out to disabled people who had not had any contact with institutions. Furthermore, Anna Vogel also emphasised her hope that the magazine would be a cheering greeting to lonely and isolated handicapped people all over the country.

In connection with the publication of the magazine, a friendship association was also founded for the crippled, which was intended to look after the members’ interests, and also organise meetings and create a common voice for them. The name decided upon was Kamratföreningen de vanföras väl, and through the years, the association developed so that in 1964 it was given its new name: De handikappades riksförbund (DHR), still in use today.

Anna Vogel was deeply engaged all her professional life in both the association and the magazine, and of course also in the practical activities and education that were carried out at the institution in Gothenburg. After having retired from the post of matron of Göteborgs Vanföreanstalt in 1937, she continued her engagement through among other instances the nurses’ association Svensk Sjuksköterskeförening (SSF).

Anna Vogel died in Stockholm in 1964. She is buried in Lidingö Cemetery. 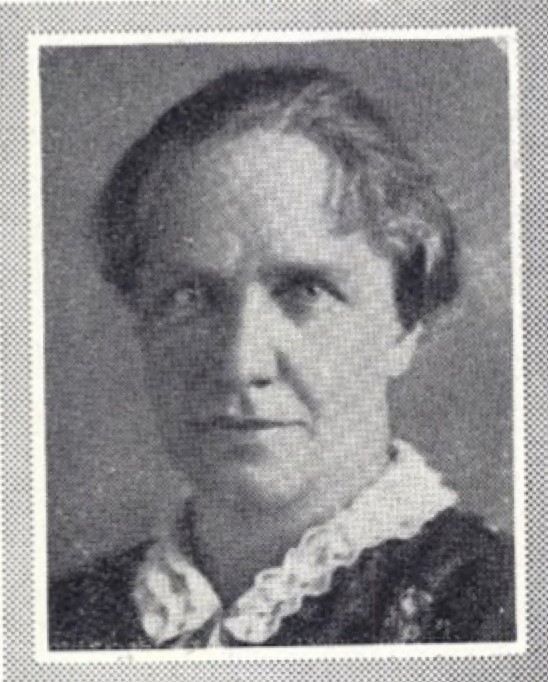