Elisabeth Anrep-Nordin was one of Sweden’s most significant teachers of the deaf. Her career was characterized by her determined activism on behalf of handicapped children and their rights to gain an education.

Elisabeth Anrep-Nordin was born in Skultuna in 1857. She was the daughter of Countess Julia Anrep and her husband Frans Gustav Anrep, who was an engineer and the director of Skultuna brass works. After her mother’s death in 1867 Elisabeth Anrep-Nordin, then ten years old, came to bear a lot of responsibility in the family household. She was particularly committed to ensuring that her younger siblings attended school and completed their homework. She herself gained her education at a primary school, a girls’ school and finally at the Paulinska girls’ school.

In accordance with her father’s wishes Elisabeth Nordin-Anrep qualified as a telegraphist in 1875 in Stockholm. It was during her studies there that she developed an interest in teaching disabled children. As she was a competent swimmer she had spent her summer months working as a swimming instructor at Allmänna institutet för döfstumma och blinda å Manilla (a school for deaf and blind children and youth). The experience made her realise that she had a particular aptitude for communicating with children suffering from a hearing impairment. Her colleagues at the school encouraged her to train as a teacher of the deaf and in 1877 she became the first woman to gain a qualification in the profession. During her training she met Fredrik Nordin, who later became her husband. He was also a teacher of the deaf. In 1879 he became the director of Statens läroanstalt för överåriga dövstumma in Skara (a state institution for deaf adult). Elisabeth Anrep-Nordin was also recruited to work there as a teacher after having spent brief periods working at schools for the deaf in Lund and Härnösand.

Elisabeth Anrep-Nordin’s work with disabled children became noted within several circles. In 1882 an eleven-year-old girl called Emilie Jonsson became a pupil at her school at the request of Queen Sofia. Emilie Jonsson was described by her contemporaries as “blind and deaf-mute”. The pedagogic work which Elisabeth Anrep-Nordin undertook with this girl was path-breaking in Sweden and lay the ground for a more comprehensive education for children with similar disabilities. Elisabeth Anrep-Nordin was very active both in pedagogics and in creating life opportunities for these children. In 1886 she spent three months in the USA in order to learn about teaching deaf-blind children in particular. In the autumn of 1886 Skolhemmet för blinda döfstumma (a school for blind deaf-blinds) opened in Skara having obtained parliamentary funding as well as support from Queen Sofia and King Oscar II. Elisabeth Anrep-Nordin was the head teacher and her husband Fredrik Nordin was the school principal. The school moved to Vänersborg in 1892, and in 1901 it was renamed Drottning Sofias stiftelse (Queen Sofia’s foundation) in recognition of the Queen’s generous support for the school. When Emilie Jonsson was eventually hospitalised this awoke Elisabeth Anrep-Nordin’s concern for teaching those children who were considered feeble-minded in the late nineteenth century. As schools for the blind were not open to them these children had no opportunity to become educated. Elisabeth Anrep-Nordin and her husband became pioneers when in 1902 they opened a special section at their school for the deaf in Vänersborg for these children.

In 1905 Elisabeth Anrep-Nordin and her husband set up a workhouse for apprentices who, having completed school, were not able to provide for themselves and who had poor relatives. The following year a care home was established for those pupils whose primary need was care and welfare. The Vänersborg enterprise, which now consisted of a school, a workhouse, and a care home, was desperately in need of private funding. For Elisabeth Anrep-Nordin the issue of state responsibility for handicapped children was a personal concern and when the local demand for the institution became difficult to meet by private means nationalising it seemed a practical way to resolve this. The institution formally sought to be nationalised in 1911. Elisabeth Anrep-Nordin herself served as an expert in the committees which prepared the matter and in 1914 the request gained parliamentary support. However, the building of the new institution was significantly delayed. It was not completed until 1922, when the institution moved to Lund and was named Vårdanstalten i Lund för blinda med komplicerat lyte (“institutional care home in Lund for the blind with complex disabilities”). Elisabeth Anrep-Nordin did not appreciate the name change; she would have preferred Queen Sofia’s name to be retained in the institutional name. Elisabeth Anrep-Nordin served as the principal of the enterprise for its first year but after that she retired.

Elisabeth Anrep-Nordin was significant for the development of education for the disabled in Sweden. She was a pioneer in seeing handicapped children’s learning potential and she developed a teaching programme for these children. Her activism also included matters surrounding organisation and state participation, which makes her contribution meaningful not just for certain individuals but also for society’s perspective of a vulnerable group.

In addition to her teaching work Elisabeth Anrep-Nordin was also an active politician. In 1910 she was the first woman on Vänersborg town council. 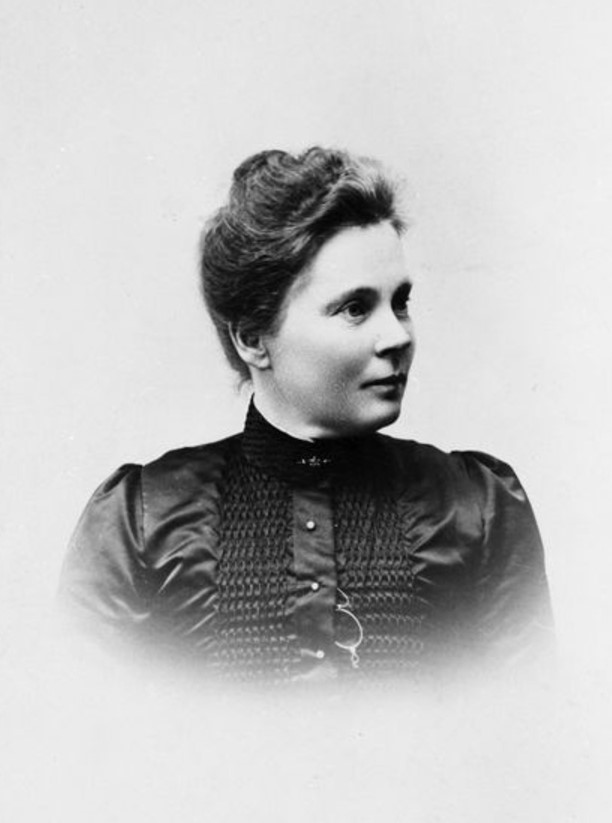