Proponent of women's issues, hostess of cultural salons, patron of literature and the arts

Fredrika Limnell was one of the nowadays little-noticed women who contributed to the progress of the women’s movement during the latter part of the 1800s. She neither had any formal education and nor was she active in any professional field. A strong economic and social position enabled her however to have a broad engagement and to be an active support in social issues in general and questions concerning women’s living conditions and rights in particular.

Fredrika Limnell was born in Härnösand in 1816, as one of three daughters of grammar school teacher Olof Fredrik Forssberg and his wife Catharina Margareta Svedbom. On her mother’s side — and via her mother’s first husband — there was a link to the company Wifstavarfs AB, a ship-building yard. Fredrika Limnell married her cousin Per Eric Svedbom in 1842. He was part-owner of the ship-building yard which contributed to the strengthening of their economic position. The couple moved to Stockholm where Per Eric Svedbom had been appointed as headmaster at the Nya Elementarskolan and also as the editor of the major Swedish evening newspaper Aftonbladet. Fredrika Limnell now had both the social and economic wherewithal to develop the cultural and literary interests that she had nurtured since her youth. Authors, musicians and scientists of all kinds gathered in their home, forming the foundations of the cultural and literary salons that would later come to be well known in contemporary Stockholm cultural life. When her husband died in 1857, she took over the part-ownership of the ship-building yard. As a widow, she was free to dispose of the revenues and her fortune as she wished.

In 1860, Fredrika Limnell was remarried, this time to Carl Abraham Limnell, a manager on the Railway Board. Her second marriage made her into a minor once more and she was subject to her husband’s guardianship. The couple shared cultural interests however, and together they developed their summer residence Lyran on Lake Mälaren into a gathering-place for the cultural élite of that time, the Limnellska salon. Regular literary and musical soirées were held, the latter often arranged by their eldest son Vilhelm Svedbom, who was a composer and secretary of the Royal Swedish Musical Academy. They attracted a good many of the foremost contemporary cultural personalities, for example Bjørnstjerne Bjørnson, Henrik Ibsen, Carl Snoilsky, Verner von Heidenstam, Victoria Benedictsson and Selma Lagerlöf. Some sources say that Fredrika Limnell contributed economically to enabling Selma Lagerlöf to complete Gösta Berling’s Saga. This was after having listened to a reading of parts of the story at one of Selma Lagerlöf’s visits to Lyran. She was also very impressed by Fredrika Bremer who regularly regaled her with news from her travels. She helped Fredrika Bremer to get her travel memoirs published in Aftonbladet. In a similar way, she contributed economically to other women artists, authors and musicians, not least by giving them opportunities to gain professional bursaries.

Fredrika Limnell’s cultural interests were however only one side of her broad social engagement. She was deeply involved in contemporary social issues, foremost those pertaining to women’s situation, and she collaborated with among others Princess Eugénie. With Fredrika Bremer she started — and was also the secretary of — the Stockholm women’s association for childcare in the 1850s. She helped to start the Klara congregation’s work and protection society, of which she was the secretary from 1853 until about 1885. In 1864—1865, she was a board member along with amongst others Sophie Adlersparre, Rosalie Olivecrona and Jenny Rossander for the Red Cross ladies’ committee (later the Red Cross women’s association). She got involved in the British, Continental and General Federation’s Swedish section when it was started in 1878. Furthermore, she was active on the boards of both Aftonkursen för fruntimmer (also known as the Rossanderska course), an evening course for women, as well as the association Sällskapet Eugeniahemmet. She also opened her own home for meetings and lectures on themes to do with sobriety and morality.

Her engagement in women’s issues concerned wealthy women’s situation just as much. Even if she was not one of the most actively prominent, she was one of the leading figures in the early women’s movement, not least thanks to her wide net of contacts and her strong economic situation, which made it possible for her to finance various projects. She was strongly engaged in questions concerning women’s economy and their legal and political rights, and she collaborated with for example Anna Hierta-Retzius, Ebba Lind af Hageby, Rosalie Olivecrona and Eva Fryxell. She was a member of the society for married women’s right to own property (Föreningen för gift kvinnas äganderätt) for a decade or so, and was a member of the handicrafts association Handarbetets Vänner in 1874—1892. She contributed to securing the continued publication of the domestic magazine Tidskrift för hemmet that had been started by among others Sophie Adlersparre in 1859. With Sophie Adlersparre, she was also one of those who cooperated in drawing up the guidelines for Fredrika-Bremer-Förbundet that was started in 1884. In 1885 she was elected to the association Sällskapet Nya Idun.

Fredrika Limnell died in 1892. She lies buried at Klara Cemetery in Stockholm. 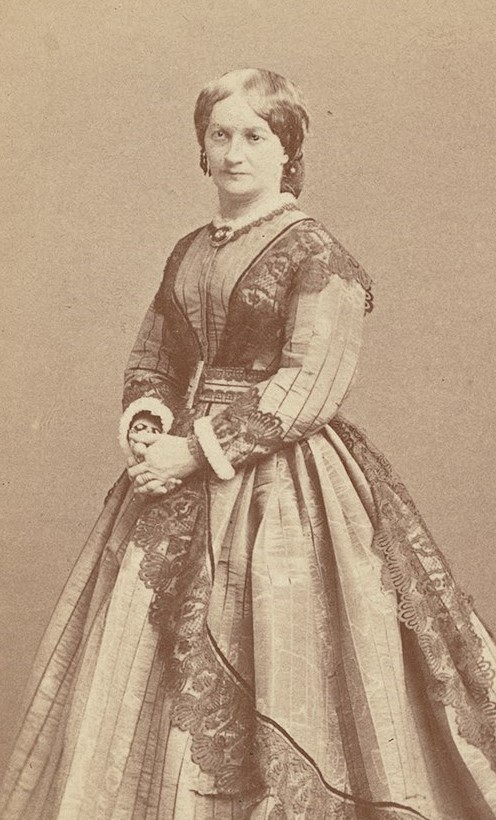