Gerda Planting-Gyllenbåga was a suffragette who was active at the local, regional, national, and international level. She was politically engaged, was one of the first female town council representatives in Sweden, and she was one of the few women to be elected onto the council from a special women’s list of candidates.

Gerda Planting-Gyllenbåga was well-educated in comparison with her contemporaries. She gained her Bachelor’s degree and probably studied at Stockholms högskola (college). Upon completing her studies she moved back to Skaraborg county and settled in Tormenås, Rogberga, where she worked as the director of the office which dealt with the Husqvarna factory workers’ interests. The census recorded her title as ‘clerk’. In 1916 she moved to Stockholm where she spent a few years working as the director of Centralförbundet för socialt arbete (CSA) (national association of social welfare).

Gerda Planting-Gyllenbåga was very active in the suffragette movement at the local, regional, national, and international level. One of her contributions was being involved in the establishment of the Rogberga Föreningen för kvinnans politiska rösträtt (women’s suffrage society) in 1908. She was the society’s secretary and its driving force. She was also on the board of Landsföreningen för kvinnans politiska rösträtt (LKPR; national association for women’s suffrage) and was elected onto its executive committee. Further, her name was included in the list of election candidates on which she was proposed as chair following the resignation of Signe Bergman in 1917. She was involved in several petitions addressed to politicians and decision-makers, such as the one presented to Prime Minister Hjalmar Hammarskjöld in 1916. She was also appointed to attend several international suffragette congresses organised by International Women Suffrage Alliance (IWSA) as delegate on behalf of the LKPR.

The Rogberga suffragette society was extremely active. The initial board meetings were held at the home of chair Hilma Andersson, or at Gerda Planting-Gyllenbåga’s own home. Society meetings were first held at a variety of premises, such as those of the Good Templar organisation, or of the Salvation Army, or at Folkets Hus. The society had their own premises erected – Kvinnornas hus – which was opened in 1913 by Gerda Planting-Gyllenbåga and Anna Whitlock. The society invited speakers to give talks on municipal authorities, unmarried mothers and their children’s legal rights. The society received visits from the likes of Augusta Tonning, Lydia Wahlström, Frigga Carlberg, Gulli Petrini, Anna Whitlock, Kerstin Hesselgren and others. Further, ‘courses’ were organised which entailed series of talks on a given subject. The society also organised role-playing activities and mock gatherings to replicate the likes of a municipal meeting. Garden parties were held, as well as social gatherings which included public entertainments, in the aim of raising funds and also to raise awareness of the society and the issue of female suffrage. The Roberga society organised the LKPR’s third general suffrage meeting, no less, which was held at Huskvarna, 19–20 June 1915.

Gerda Planting-Gyllenbåga sat on the Huskvarna poor relief board and she was elected onto the town council on a special list of female candidates in 1911. Her background of extensive experience and knowledge resulted in her appointment, along with Anna Bugge Wicksell, as LKPR’s municipal expert in suffrage. In 1917 LKPR decided to establish a “women’s municipal executive group” which it was intended would meet in conjunction with the annual meeting of the executive committee. Gerda Planting-Gyllenbåga was appointed to be part of this group.

Gerda Planting-Gyllenbåga died in 1950, aged 71, in Stockholm. She is buried at Tyresö cemetery. 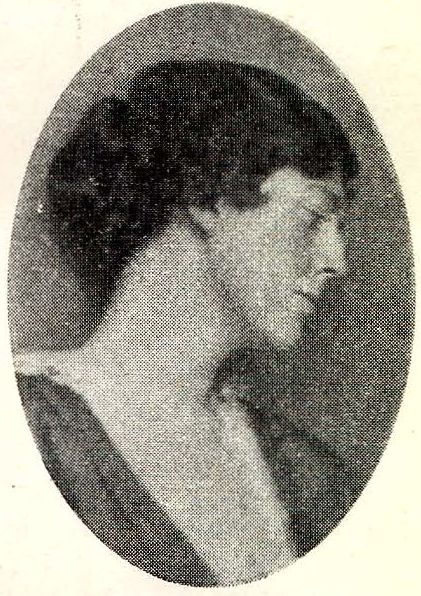