Ida Norrby was a central figure who helped to turn the domestic sciences into a profession and popularise it. She wrote the classical cookbook entitled Hemmets kokbok.

Ida Norrby was born in 1869. She was the eighth child of thirteen born to Wilhelm Thomas Norrby, a clockmaker, and his wife Carolina Magdalena Norrby. When Ida Norrby was just two years old, however, she was handed over to her paternal uncle, the pastor and later professor of theology Carl Norrby, and his wife Jane Thengberg-Norrby and they became her fosterparents. Ida Norrby’s childhood was thus spent at Närs parsonage with her fosterfamily, in a social environment marked by an enthusiasm for education and the teachings of Christian duty. All this came to influence her views on life and played a significant role in the path she chose as an adult.

Ida Norrby’s childhood was very different from that of her siblings due to the upbringing she received from her fosterparents. Being the only child in a wealthier family she was provided with a thorough education. Her fostermother played an important role in this and in her later choice of career. Jane Thengberg-Norrby had been involved in establishing a girls’ school in Uppsala as well as been the director of the Högre lärarinneseminariet (HLS) (advanced female teacher-training programme) in Stockholm before she married Carl Norrby. Ida Norrby’s fostermother encouraged her to plan to become a teacher from the outset. Following a period of home-schooling Ida Norrby was then sent to girls’ schools in Uppsala and Kalmar. Having successfully completed her schooling a number of teaching opportunities became available to her. She initially trained as a junior-school teacher and then applied to work at the HLS albeit unsuccessfully. Both Ida Norrby and her fostermother were troubled by this setback, particularly given her fostermother’s previous role in running the HLS. In the early 1890s Ida Norrby re-structured her training plans. The emergence of training and teaching opportunities within the domain of domestic science became a deciding factor in Ida Norrby’s reworked plans for her future, albeit it was initially her fostermother who suggested them. Together they travelled to a social welfare institution in Bavaria where Ida Norrby, as a student, gained practical experience of the domestic sciences which helped her onto the path toward becoming a domestic science teacher and enabled her to teach food preparation and housework skills to girls in public and girls’ schools. Ida Norrby undertook teacher training in those subjects at prominent institutions in Germany, Scotland, and England. It is highly likely that had Ida Norrby been able to decide for herself she would have chosen a different career path. Social welfare work was of greater interest to her than the domestic science route which her fostermother mapped out for her. However, upon returning to Uppsala in 1894 following four years of study abroad, she came armed with knowledge shared only by a handful of women in Sweden. As a result she was immediately employed to teach future teachers of domestic science, as that domain had also taken hold in Sweden in the 1880s. Jane Thengberg-Norrby once again arranged Ida Norrby’s future by ensuring that she was employed as a teacher at Fackskolan för Huslig ekonomi (FfHE) (vocational school for the domestic sciences) which had been set up in Uppsala in 1894.

This vocational school was the result of the initiative of Johan August Lundell, who was an educationalist keen on reforms and a professor of Slavic languages. However it fell to Ida Norrby to shape and populate the school curriculum. Johan August Lundell and Ida Norrby were a very successful team. From 1895 they ran FfHE as their own teacher-training institute, under Ida Norrby’s stewardship. She also taught there, training not just school-cookery teachers but also, later, handicrafts and agricultural sciences teachers. The school also offered a variety of shorter and longer professional courses for women, in addition to teacher-training courses. Johan August Lundell and Ida Norrby shared a vision of turning their institution into a college to provide career training options for women. This ambitious enterprise was partly made possible through Johan August Lundell’s academic connections and partly through Ida Norrby’s domestic science teaching. Central elements of Ida Norrby’s pedagogic vision involved the concept that the school should resemble a home and that theory and practise would be merged within the lessons. Thus the environment at the school reflected real conditions in which manual and mental labour complemented each other. Teacher-training for public schools was taught in classrooms reflecting the conditions found in working-class homes whilst preparatory classes for girls’ school teacher-training occurred in a bourgeois environment.

Fackskolan för Huslig ekonomi was both quantitatively and qualitatively superior to other school-cookery programmes in Sweden. Fackskolan had a larger training capacity than other similar schools, it was internationally recognised – as was confirmed in 1949 when it hosted the seventh international domestic sciences congress. Both the school’s status within Sweden and Ida Norrby’s significance to its development were recognised when Ida Norrby was awarded an honorary doctorate in 1927. Eventually the vision she shared with Johan August Lundell of a women’s college came true when Fackskolan för Huslig ekonomi – albeit under a new name – was transferred to Uppsala university, funded by the state under the 1977 Higher Education Ordinance.

Ida Norrby kept her private life under wraps. Since childhood she had been raised to be dutiful, assiduous, and religious. She remained deeply religious and never married. In contrast to several other pioneers of domestic science education she was no feminist. As a result she found it difficult to collaborate with not just more liberal and radical feminists but also more reform-focused and forward-looking domestic science teachers when it came to matters such as developing Fackskolan för husling ekonomi and the teaching of domestic science.

Although Ida Norrby had limited influence over her fostermother’s decisions which determined her own career path from when she was young, she wholeheartedly devoted herself to her work. Fackskolan för Huslig ekonomi remained her life’s work and lies at the heart of all of her other efforts. In addition to teaching and running the school she was also editor of publications which popularised the domestic science teacher’s expertise, including Tidskrift för hemmet and Hemmets Kokbok, published in 1903 and as of now (2017) released in over 50 editions. Through these media Ida Norrby’s ideas and knowledge gained widespread dissemination across Swedish society.

Ida Norrby died in 1934. She is buried at the old Uppsala cemetery. 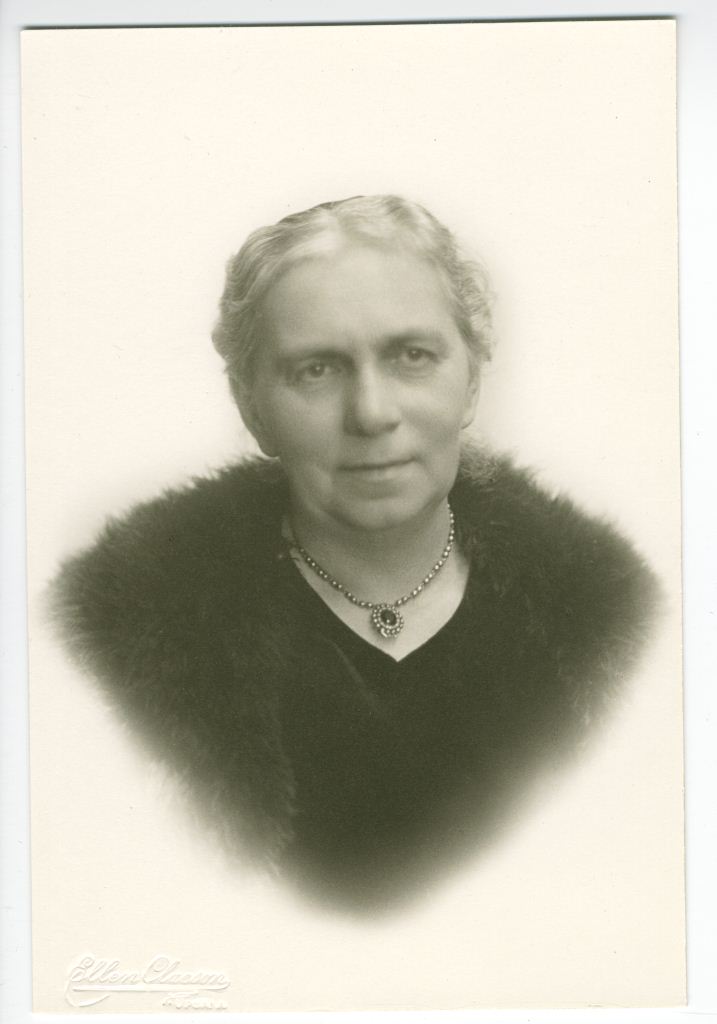