Jane Lundblad was one of the most highly-qualified Swedish translators of the twentieth century.

Jane Kristina Lundblad was born in Vänersborg in 1905. She was the daughter of Eleonore Lundblad and Olof Lundblad, the latter of whom was a hospital doctor. She had several siblings and she and the family lived in Villa Augusta in Vänersborg.

When it came time for Jane Lundblad to go to school there was no local school for girls in Vänersborg. So she moved to Lund where she later graduated from Lunds fullständiga läroverk för flickor (complete school for girls) in 1923. Following graduation she then studied at the Université de Montpellier and in the autumn of 1924 she began attending Uppsala university. She gained her Bachelor of Arts in Romance languages, English and German. She then completed a Master’s in art history in 1929.

As a student at Uppsala Jane Lundblad was a member of the Västgöta ‘student nation’. As she expressed it herself in 1975 in an article written for the group’s organ, Vestrogothica, this student body provided an important space in which thoughts around gender roles could be challenged. At the time that Jane Lundblad was a member female students were still seen as ‘guests’ of the male students. However, Jane Lundblad and her fellow female members fought for equality in a friendly manner. They proved that they too were able to serve, lark about, and take as much responsibility as their male counterparts. These were the “New women”, who “wore short skirts and short-clipped haircuts with their student hats at a jaunty angle”, she wrote. Jane Lundblad had a pioneering role within the student organisation as she was the first woman to be elected as ‘head of entertainment’ in 1928. Previously only men had been appointed to positions of responsibility. In 1954 Jane Lundblad also became the first female honorary member of the same student group. In her honour the Jane Lundblad prize is still awarded to female members of the Västgöta nation at Uppsala.

After completing her university studies Jane Lundblad worked for the Swedish Foreign Ministry for a time. However, for most of the 1930s and 1940s she was Torgny Segerstedt’s private secretary at the Göteborgs Handels- och Sjöfarts-Tidning newspaper. Her expertise in languages resulted in her being given all sorts to translate, from secret submissions of political significance which had found their way to the newspaper to things written by numerous emigrants seeking to have their voices heard. In addition, Jane Lundblad also supplied her own reviews and reports for publication.

Jane Lundblad suffered from poor health for a couple of years during the 1940s. According to her own account she spent that time gaining a Ph.D. She was a student at Columbia University in New York from 1945–1946, gaining her licentiate in 1947 and then her doctorate in English in 1948 having written a thesis on the American author Nathaniel Hawthorne.

Upon being awarded her Ph.D Jane Lundblad returned to the working world and approached the Norstedt publishing house who gave her her first book for translation. She was initially unable to make ends meet purely through translation work and so she also took a job as assistant editor at the Prisma publishing house whilst also teaching at the university – all in addition to translating books. During the early stages of her career she translated a little of everything but gradually began to limit herself to more established authors. She herself has said that her secretarial background formed a major and important element of her translation skills as a trained typist can work at great speed.

Jane Lundblad mainly translated English-language literature, such as works by Viginia Woolf, Jane Austen, Graham Greene, Aldous Huxley, Katherine Mansfield, Mary Wollstonecraft, Henry James, Edgar Allan Poe, and George Eliot. However, she also translated the works of German writers such as Adalbert Stifter and E.T.A. Hoffmann, for which she often supplied her own introductions, postscripts, and commentary. Jane Lundblad was, for a time, responsible for selecting, translating, and commenting on the Tiden publishing house’s output of English and American classics. Jane Lundblad was awarded the Sveriges författarfond (Swedish authors’ fund) prize in recognition of literary merit in 1966 and in 1976.

Jane Lundblad was a member of various organisations after her stint in the university student group. Further, she served as chair of the Kvinnliga Akademikers Förening (KAF) (Female academics association) from 1968–1971 and from 1976–1980 she was a board member of Sveriges författarbond.

From 1949 onwards Jane Lundblad’s voice was frequently heard in the Swedish media and served to introduce foreign literature in literary reviews during the 1950s. She was particularly interested in female authors and she presented a range of different female writers on a special radio series.

Jane Lundblad died in Stockholm in 1986. She was 81 years old. She is buried at the Strand cemetery in Vänersborg. 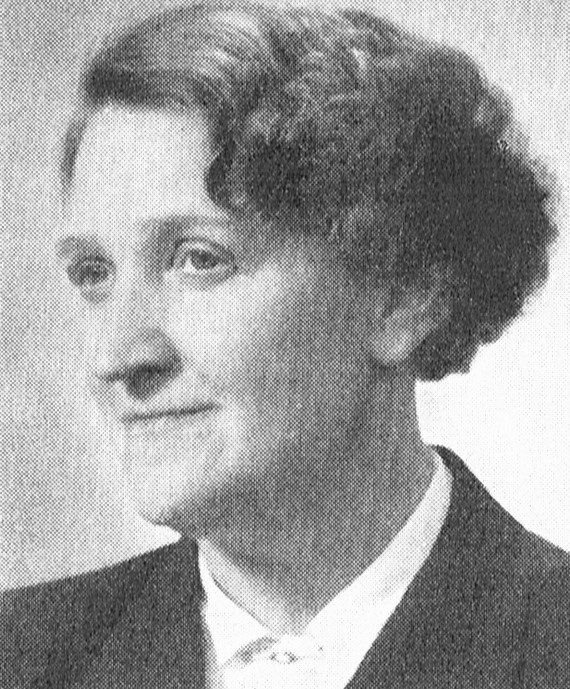