Karin Langebo was an opera singer, a soloist, and a harpist.

Karin Hillevi Langebo was born on 5 October 1927 in Skellefteå. Her father was an organist and choirmaster whilst her mother was a committed church singer. It was thus no surprise that Karin Langebo also became a musician. In 1946 she began her training at Kungliga Musikhögskolan (royal college of music) in Stockholm, attending the school until 1953. She studied singing, opera, and the harp, and became a qualified music instructor. In 1953 she married Lars Lilliebjörn and they had a son called Peter, born in 1954.

Karin Langebo was a soprano and studied with Joseph Hislop, Arne Sunnergård, and Hjördis Schymberg. She also studied in Salzburg, Paris and Vienna. In 1955 she was awarded the Christina Nilsson stipend and the following year she made her operatic stage debut at Drottningholms Slottsteater, performing the role of Ninetta in Mozart’s opera La finta semplice.

During the period of 1958 and 1959 Karin Langebo was the holder of both a singing and harp stipend at Kungliga Operan in Stockholm and she appeared in various roles, including as Lucia in Benjamin Britten’s The Rape of Lucretia. Karin Langebo’s repertoire included both classical and modern pieces and one of the roles she performanced was as Tsu in Sven-Erik Bäck’s chamber opera Tranfjädrarna as well as appearing in the first ever production of Ingvar Lidholm’s Nausikaa ensam in 1963.

From 1962–1966 Karin Langebo was employed at Den Norske Opera (now known as Den Norske Opera & Ballett) in Oslo. There she delivered highly-regarded performances as Mimi in La Bohème, Rosalinda in Die Fledermaus, and in the title role of La belle Hélène in the eponymous opera. At the Nationalteater in Reykjavik, Iceland, she played the part of Susanna in The Marriage of Figaro.

Karin Langebo also regularly performed Romances and concert songs and she served as a member of Radiokören (radio choir) during the years of 1950–1960. As a harpist she performed with the Swedish radio symphonic orchestra and the Royal Philharmonic Orchestra and Kungliga Hovkapellet. She also recorded several records and performed in various radio programmes.

For a long period of time Karin Langebo was one of the leading figures within Drottningholms Slottsteater and in 1960 she was awarded Drottningholmsteaterns Vänners förtjänstmedalj. In 1974 she qualified as a music instructor, specialised in singing. In addition to her musical career, Karin Langebo also appeared in several TV-shows, including Ett resande teatersällskap in 1973 and Dårfinkar och dönickar in 1989.

Karin Langebo died in Stockholm in 2019. She was 92 years old. Her grave is at Danderyd cemetery in Djursholm. 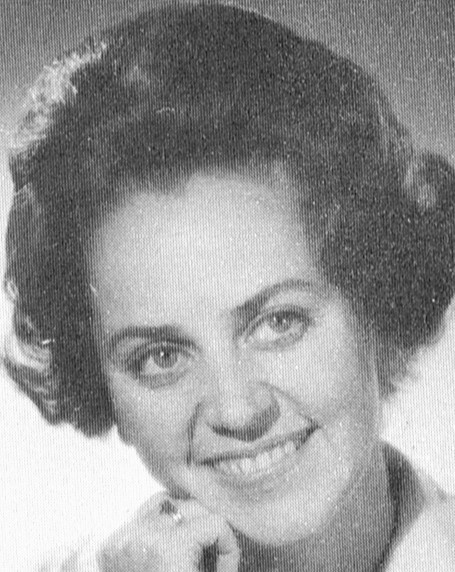