Malin Holmström-Ingers was a folkhögskola (people’s college) teacher and a music instructor as well as a composer. She was a pioneer of the Swedish folkhögskola movement and became best known for her contributions in teaching singing and for publishing Den svenska sången. This was released in several editions and for many decades it was the main songbook used within the folkhögskola movement.

Malin Holmström-Ingers was born in 1872. She grew up at Hvilans folkhögskola in southern Scania where her father, Leonard Holmström, was the director and where her mother, Hedvig Holmström, was not only the housemother but also ran the women’s courses. Song and music played a central role at Hvilan, both in terms of lessons and at social gatherings and celebrations, particularly as her mother was an accomplished singer and pianist. Malin Holmström-Ingers revealed that she had inherited both an interest and talent in music at an early stage. She was described by her contemporaries as very musically gifted. She was also interested in practical work and possessed a good sense for organising. She was, from the outset, passionate about the folkhögskola movement, and she retained this passion throughout her life.

Malin Holmström-Ingers was initially home-schooled, along with her five younger siblings, by her mother. Her parents were in close contact with the Danish folkhögskola movement and after receiving music lessons in Lund Malin Holmström-Ingers became a student at the Askov folkhögskola in Jutland where, aged 17, she attended the winter course of the 1889–1890 academic year. She then spent 1890–1891 at the conservatoire of music in Dresden. Her education then took an entirely different course. For a time she was a domestic sciences student in Fyn, Denmark and from 1892–1893 she undertook training as a female school-cookery teacher at the Gothenburg school-cookery teacher-training programme. In addition, from the 1890s onwards she was already involved in the women’s courses at home at Hvilan. During the summers of 1895 and 1896 Malin Holmström-Ingers worked as a teacher at Lunnevad folkhögskola in Östergötland where she taught singing, textile handicrafts, and domestic sciences. She then returned to Hvilan and remained there for the rest of her working life.

In 1900 she married one of the teachers at the school, an art-historian named Enoch Ingers. She gave birth to five children in the period between 1902 and 1911. In 1909 her husband became the principal of Hvilan folkhögskola, a position which he took over from his father-in-law and then held until he retired in 1935. Malin Holmström-Ingers was now the new principal’s wife and thus took over her mother’s role as housemother as well as the over-all responsibility for the women’s courses. These were run during the summer months and were largely practically-oriented, including a lot of domestic concerns and textile handicrafts. The men’s courses, which tended to be more theoretical in nature and were held during the winter months, remained her husband’s responsibility. In the main it can be said that the couple’s professional lives reflected the traditional sex-based marital division of work typical of the era. The borders between private life and professional life were blurred given that the couple lived at the folkhögskola and the principal’s wife was expected, as part of the framework of her role as housemother, to deal with the students’ welfare and to care for them when they fell ill.

Malin Holmström-Ingers immediately initiated efforts to extend educational provisions for women at Hvilan. In 1909 the summer courses were expanded by adding an advanced section, primarily targeted at trainee nurses, which ran until the end of the 1925 season. From 1928 the summer course was extended from 12 weeks to 17 weeks. During the 1931–1932 academic year female students were for the first time allowed to attend courses held during the winter months, and thus Hvilan introduced co-educational teaching. Malin Holmström-Ingers herself taught “hemlära” which entailed everything that tended to be viewed as “women’s matters”, ranging from household management to marital relations and childcare. Health care and women’s hygiene formed important elements in this field of which Malin Holmström-Ingers was a pioneering pedagogue. She was recognised for her ability to encourage and enthuse her students and she was happy to advise and support them in various matters related to their educational aims.

It was, however, primarily singing and music that was her specialism. A popular trend of singing in unison – what is today known as ‘allsång’ (singalong) – took off in Sweden around the turn of the twentieth century, particularly within educational spheres. It was part of the nation-building exercise and focused on both traditional ballads and more patriotic songs. Within the folkhögskola movement singalong activities was given significant prominence. The aim was not just to teach students to sing but to also give them a treasure trove of songs that they could carry with them for the rest of their lives, enabling them to continue singing both at celebrations and at formal occasions as well as at home. Malin Holmström-Ingers was a talented music instructor who was devoted to singalong activities. She had, in 1897, already taken over all singing lessons as part of the women’s courses and it was not long before she took on responsibility for the male students’ singing lessons. She also worked with singing in harmony and rehearsed entire choral pieces with the students for school celebrations. Hvilan’s focus on music also attracted external musicians to visit the school. Both Swedish and foreign professional and amateur musicians came to Hvilan to participate in the school’s musical life, as well as choirs and orchestras from the surrounding area. Under Malin Holmström-Ingers’ guidance performances of chamber music, orchestral music and choral pieces were piano and orchestra were all put on.

Malin Holmström-Ingers based her songbook on a revision of Eggeling’s 1877 songbook, or as its original title had it, Sångbok för folkhögskolor. This collection of Swedish, Norwegian, and Danish songs had been published by Fredrik Eggeling who had been a former music teacher at Hvilan. Malin Holmström-Ingers reissued the book in two revised and expanded editions in 1898 and in 1906. The project then grew into what subsequently became her own songbook, Den svenska sången, published in 1917 and subsequently released in several new editions right up to 1956. For a long time this book served as the standard songbook within the Swedish folkhögskola movement. In addition, scaled-down versions of the book were also provided to the Swedish public schools. The last revision which Malin Holmström-Ingers herself undertook, the fourth edition, was published in 1936 and she also separately published her own piano-arrangements for the songs. The two first editions of the songbook were subtitled Eggelings sångbok för skola och hem and still retained some of Eggeling’s material. Malin Holmström-Ingers had, however, significantly increased the number of songs and included material from a songbook which Theodor Holmberg and Cecilia Bååth-Holmberg had put together. Later additional songs from Brunnsvik folkhögskola’s songbook were also included. The third edition, published in 1921, removed Eggeling’s name from the title. The songbook contained around 600 songs in total. The basic reason behind the selection of songs was that they should by cross-generational, allowing children and adults to sing them together. It was also hoped that the songbook would be seen as a literary anthology, giving its users exposure to Swedish poetry. The texts thus included work by Bellman, Geijer, Rydberg, Heidenstam, Fröding, and Karlfeldt. Malin Holmström-Ingers had even composed many of the songs herself. Apart from a few exceptions, such as Birger Sjöberg, Dan Andersson, and Anders Österling, Swedish poetry from the twentieth century did not featured in the songbook which focused primarily on nineteenth-century lyricism. In addition to Den svenska sången Malin Holmström-Ingers published some of her own compositions, including eight poems from Almqvist’s Törnrosens bok.

Malin Holmström-Ingers’ childhood and subsequent position at Hvilan, which was both the oldest and largest folkhögskola in Sweden, provided her with an extensive network of contacts. Perhaps the most significant contact was her friend Elisabeth De Vylder who, along with her husband, founded Matarengi folkhögskola in Tornedalen. Malin Holmström-Ingers had got to know them during the summers she had spent at Lunnevad folkhögskola. There she had also met the director’s wife Hanna Odhner, one of the very earliest pioneers within the women’s folkhögskola movement. Malin Holmström-Ingers had also spent time at Askov folkhögskola in Jutland where she became a close friend of Ingeborg Appel, née Schröder, who was the daughter of that school’s director. Her time at and connections from Askov were important for her attempts at strengthening uniformity across the Nordic folkhögskola enterprise. Further, she also made connections through her musical activities. Alice Tegnér, a fellow composer and music instructor, was another friend who sometimes visited her at Hvilan. The artist Tora Vega Holmström was her sister.

Malin Holmström-Ingers was actively involved in the discussions surrounding women’s education and their position in society. She gave a number of public appearances lecturing and giving public talks in various contexts. She also published a long series of articles on subjects related to the folkhögskola enterprise. When she was young her father had encouraged her to join the women’s suffrage movement. She joined Fredrika-Bremer-Förbundet (association), she was a member of the board of Malmöhus county hushållningssällskaps småbruksundervisning (rural society instructions for smallholdings) and of Lunds småskollärarinneseminarium (junior school female teacher-training programme). She was also, for many years, chair of the local Red Cross circle.

Malin Holmström-Ingers’ role as principal’s wife entailed being responsible for Hvilan’s wider household, involving disparate roles such as animal slaughtering, catering for staff and students, student accommodation, caring for the ill, and book-keeping. In addition she had to organise hosting many visitors and externally-organised meetings held at the school. In sum, the role of housemother was a heavy load to bear and it was particularly difficult during the uncertain times following the First World War. On top of all this, once her husband was appointed folkhögskola inspector for the state in 1913 he was frequently absent. The duties of being housemother were ultimately so wearing that they took a permanent toll on Malin Holmström-Ingers’ health. In 1929 she thus resigned early from her role as housemother, although she continued to retain responsibility for the women’s courses throughout her husband’s period as principal.

Malin Holmström-Ingers died in Lund in 1938. She and her husband had moved to Lund after he retired from Hvilan folkhögskola in 1935. She is buried at Tottarp cemetery. 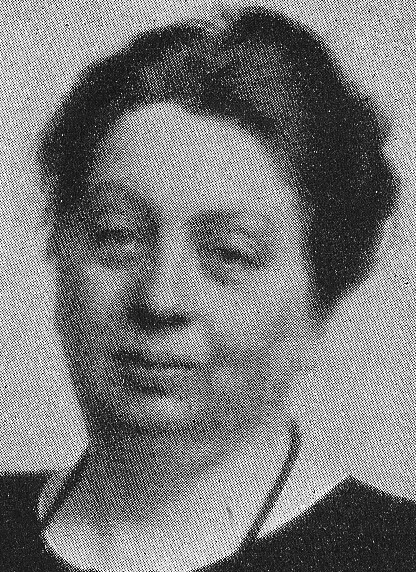