Monica Zetterlund was a prominent jazz singer, revue show artist, and an actor.

Monica Zetterlund was born in 1937. She grew up in Hagfors with her father, Bengt Nilsson, who was very keen on jazz music. He ran a music shop with his brother Lars where Monica became familiar with the leading jazz musicians and jazz singers. She began to sing in her father’s band when she was 14 years old. In 1956 Monica Zetterlund came second in a singing competition which was held at the famous dancing spot and jazz club called Nalen in Stockholm. That same year she was a singer in Ave Lundell’s band in Karlstad and later she also sang in Kjell Carlsson’s band.

In 1956 Monica Zetterlund took a sabbatical from her job at Televerket in Karlstad as she had joined the Ib Glindemann band in Denmark. The following year she recorded her first records under her own name, which were released as EPs. These included Swedish Sweet 1 and 2. She recorded an LP called Swedish Sensation a bit later. During the late 1950s LPs were not a particularly common format in Sweden. In 1958 Monica Zetterlund began to sing in the Arne Domnérus band, which was the Nalen house band. In early 1959 she travelled to Great Britain and Paris and to the USA as well, where an attempt was made at launching her American career. Although she generated a certain interest abroad she was never as popular outside Sweden as she was at home. Nevertheless the attention she got abroad played an important role in her Swedish jazz career. Although many jazz musicians favoured instrumental music Monica Zetterlund quickly became known and accepted within Swedish jazz circles.

In 1960 Monica Zetterlund asked Beppe Wolgers to write lyrics in Swedish for her. Although this wasn’t the first time Monica Zetterlund sang in Swedish it became a turning-point in her career and from then on the lyrics increasingly came to the fore. That same year she also took theatrical acting lessons with Gösta Terserus which helped her to develop a relationship with her song lyrics. She demanded a high level of quality of her lyrics and showed jazz fans that jazz could be sung in Swedish as well. She also made her debut as a cabaret artist that year in the production called Klappa din hand produced at Hamburger Börs in Stockholm.

Monica Zetterlund made her TV debut in 1961 when she appeared on the I rampljuset show. She also toured public parks that year where she sang material from the show and made herself known to a wider audience in Sweden. One of the main Monica Zetterlund songs to strike a chord with a wider audience was “Sakta vi gå genom stan”. This was a version of “Walking my baby back home”, arranged by Georg Riedel to Swedish lyrics written by Beppe Wolgers.

In the early 1960s, as it became increasingly difficult to find an audience who was interested in jazz, Monica Zetterlund took a more versatile approach to her activities. She continued to be a jazz singer but also began to appear in the Gröna Hund revue show and in theatrical productions, as well as on TV-entertainment programmes. In 1963 she performed as the Swedish entry in the Eurovision song contest, singing “En gång i Stockholm”, she acted in Party at the Lilla theatre in Stockholm and in Hålligång at Berns. She also toured public parks with Staffan Abaleen. That year she also moved to a house in Lindingö where she welcomed many guests over the ensuing years.

When the jazz pianist Bill Evans came to Sweden in 1964 he and Monica Zetterlund recorded the composition “Waltz for Debby”, an instrumental number for which Beppe Wolgers had written Swedish lyrics. Monica Zetterlund later claimed that this record, called Waltz for Debby, was her favourite. It was also well-received by the reviewers. However, as was the case for most contemporary jazz records, the sales were average.

Monica Zetterlund continued in her diverse activities. In 1965 she played the part of Sjörövar-Jenny in Bertolt Brecht’s Tolvskillingsoperan at the Stockholm city theatre and she also appeared at the Hamburger Börs in Farfars gladbarn alongside Monica Nielsen, Lissi Alandh, and Sonya Hedenbratt. The latter was a follow-up show to the Farfars barnbarn show which Monica Zetterlund had appeared in a year and a half earlier. That same year she appeared in Tage Danielsson’s film Att angöra en brygga and in Mai Zetterling’s Nattlek, as well as in Utsålt. The newspaper Aftonbladet named Monica Zetterlund their “Artist of the year”.

During the late 1960s jazz concerts stopped being held in public parks and from then on Monica Zetterlund was primarily heard and seen in films and on TV. At the 1968 Grammy awards she was named most popular singer of the year and in 1969 she was awarded the Bellman prize. She appeared in Jan Troell’s films Utvandrarna and Nybyggarna, adapted from Vilhelm Moberg’s books, and following the 1971 premiere she received favourable reviews. In 1972 she received a Guldbagge for the best female actor for her performances in Utvandrarna and in Tage Danielsson’s comedy Äppelkriget.

Monica Zetterlund suffered from scoliosis which increasingly made it difficult for her to perform and during her later years she was forced to perform seated. At the end of her career her records sold very well and after her death her popularity continued to grow.

Monica Zetterlund married three times. The first time was to Torbjörn Zetterlund. Their marriage lasted from 1955 to 1958, during which time she gave birth to her daughter, Eva-Lena. Her second marriage was to Göran Pettersson, a basist, who was her husband from 1964–1966. Her final marriage, from 1974–1983, was to another basist, Sture Åkerberg.

Monica Zetterlund died in Stockholm in 2005. She is buried at Hagfors Cemetery. A park in Vasastaden in Stockholm has been named after her. In 2013 Peter Birro’s prize-winning film Monica Z, which was based on her life, was released. In 2014 she was entered into the Swedish Music Hall of Fame. 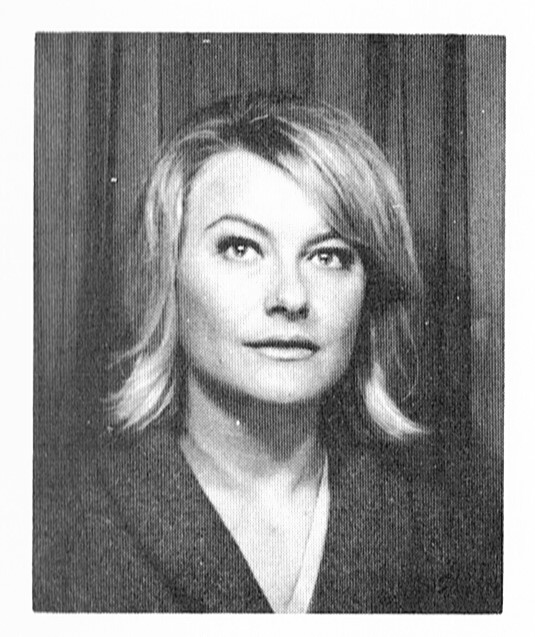