Selma Giöbel was one of the foremost designers in woodwork and textile arts during the late 1800s. She achieved great success with her works. She was also active in the women’s movement.

Selma Giöbel came from a family with a background in crafts. During the early 1700s, her paternal grandfather’s father arrived in Limmared in southern Sweden and started working at the glass-blowing factory there. The knowledge and skills then accompanied the family through the years. Her father Simon Giöbel was the works director at the Mårsäter works in the central Swedish province of Närke, where Selma Giöbel grew up in the village of Hammar. The family had many children and a home in which art and culture were enjoyed.

In the mid-1860s, the young Selma Giöbel moved to Stockholm to be educated at the crafts school, now Konstfack. She attended the woodwork courses, a craft in which she became very skilful under the leadership of the master Henrik Nerpin. Sculpture and carving were her special fields during her education and the years immediately afterwards. After that she continued her path as a sculptor with private advanced courses with eminent artists in Sweden, Italy, Great Britain and France, until she returned to Stockholm. She started her own company which after some years resulted in the shop Svensk Konstslöjdutställning. In 1885, she opened a shop in premises near Kungsträdgården, not far from her brother Carl Albert’s interior decoration shop, Friggamagasinet. There she ran her enterprise with among others Bertha Hübner, and sold crafts products with design based on the Swedish crafts tradition. The shop became known under the name Giöbels and was leading in Swedish handicrafts. Along with Handarbetets Vänner, where Selma Giöbel had been a member from the start in 1874, Giöbels promoted Swedish handicrafts. Within the framework of the movement, patterns and designs from the whole of Sweden were collected, registered and conserved. Selma Giöbel also worked for a period as a teacher for Handarbetets Vänner’s textile courses.

She participated in 1897 in the exhibition Allmänna konst och industriutställningen in Stockholm, at which she received a gold medal. The year after, 1898, she was awarded the royal medal Illis quorum. As time passed, she chose to let Bertha Hübner organise the exhibition Svensk Konstslöjdutställning so that she herself could just work with patterns for textiles and other textile forms, mainly in art nouveau style. Her own trademark SKU S Giöbel started selling more and more. About 1902, she travelled to Italy to develop her work and find inspiration. She spent a few successful years there, before returning to Sweden in 1907 and settling down in Vadstena.

Not far from Verner von Heidenstam’s Övralid and near her former board colleague Ellen Key’s Strand, she opened an atelier and a school for textiles and weaving. During the following years, she produced textiles of great significance for Swedish design. Inspired by nature and her surroundings, she produced a carpet with a special oriental weaving technique entitled Ombergs blommor, which had been ordered and was bought by Ellen Key for her new house at the foot of Omberg hill and on the shore of Lake Vättern. In 1909 she created the carpet Vätterns is and the tapestry Vadstena klosterträdgård that was exhibited at the exhibition Konstindustriutställningen in Stockholm the same year. Her neighbour Verner von Heidenstam purchased Vätterns is. During this period she also created the important Vadstenaspetsarna.

Selma Giöbel spent her last years in her textile handicrafts workshop. She died one spring day in April 1925. She lies buried in Nässja Cemetery outside Vadstena. 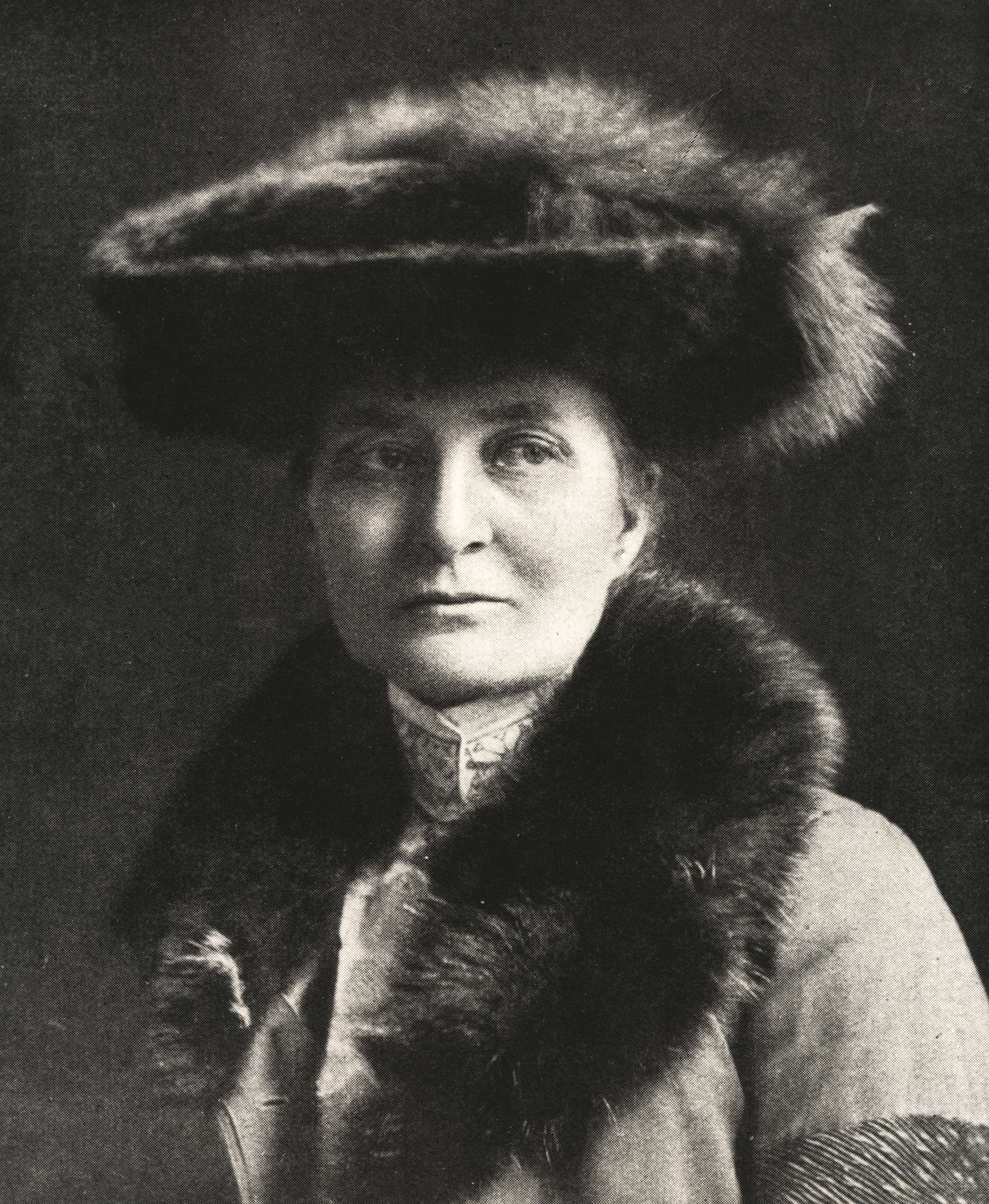