Ulla Sallert was a successful operetta and musical singer. She was a mezzo-soprano who also performed as an actor and she promoted the introduction of American musicals to Sweden.

Ulla Sallert was born in the Gustav Vasa congregation in Stockholm in 1923. She was the daughter of Gösta Nilsson, a chiseller, and Margareta Andersson, a waitress, who were not married. Indeed during part of her childhood she was brought up by her maternal grandmother. Her mother later took the surname of Sallert. Ulla Sallert developed an interest in singing at an early age and dreamed of singing with the opera. During her teenage years she competed in a Deanna Durbin competition, finishing in second place, and she took singing lessons at ABF. She then attended the Royal Swedish Academy of Music, where she graduated in 1943. During her studies she received the Christina Nilsson stipend and in the evenings she performed as a choral singer at Oscarsteatern, having been first discovered and then hired by Gustav Wally.

Once she had completed her training Ulla Sallert worked variously at Folkparkerna from 1943–1944, at Oscarsteatern from 1943–1946, made guest appearances at Nya teatern in 1945, at Riksteatern in 1946, at Malmö Stadsteater during 1947–1948. From 1949 onwards she mainly worked at Oscarsteatern, apart from a few breaks away. She was also active at various Stockholm theatres such as Folkan, Göta Lejon, Intiman, Lilla teatern, and Maxim. Ulla Sallert also made guest appearances elsewhere and toured through Sweden, Europe, and the USA. This included performing at the Vienna Volksoper in 1956 and on Broadway in New York during 1964–1965. She had first visited the USA in 1952, returning to Sweden enriched with the knowledge and inspiration she had gained from the musicals and artists she had seen there.

Ulla Sallert made her silver-screen debut in 1942 in a small part in Börje Larsson’s musical film Det är min musik. She appeared in around 10 films, including Nyckeln och ringen and Får jag lov, magistern! and Tappa inte sugen, all three in 1947, Ung och kär in 1950, Resa i natten in 1955, Smugglarkungen in 1985, The Women on the Roof in 1989, and Nils Karlsson Pyssling in 1990. She also appeared in various TV productions, such as Jag äter middag hos min mor in 1961, Champagne på er, grevar och baroner! in 1962, Från det ena till det andra in 1963, Artistfoajé in 1966, Estrad in 1967, and Fänrik Ståls sägner in 1981. Ulla Sallert was the focal point of an episode of the entertainment and interview series called Här är ditt liv in 1988, she also appeared in a special episode of the gameshow called Stjärn-Jeopardy! in 1996.

Ulla Sallert made her debut record in 1944 and over the ensuing years she recorded a number of records, including musicals, operettas and ballads. Ulla Sallert’s career lasted for just over six decades and for much of this time she was one of the great operetta and musical primadonnas at Oscarsteatern, taking up the mantle from her predecessor Margit Rosengren. Ulla Sallert’s public breakthrough coincided with the introduction in Sweden of a new type of operetta, then often called “Anglo-Saxon” or “American” operettas but now simply known as musicals. Her efforts helped the more modern and light-hearted rival of the dominant Vienna operetta find success and become an established permanent fixture on the Swedish stage. In 2002 she was awarded the Guldmasken award.

Ulla Sallert was married to the musician and artist Franz von Lampe during the 1945–1960 period. They had a daughter together.

Ulla Sallert died in Lidingö in 2018. She is buried at Lidingö cemetery. 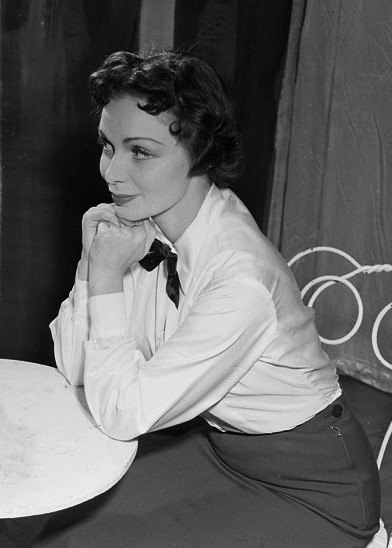