Inga Borg was an artist, an illustrator, and a writer. Primarily she wrote and illustrated children’s books and she is best known for her books about Plupp, an imaginary creature who lives in the Sápmi fells and can communicate with animals.

Inga Borg was born in Stockholm in 1925. She was the daughter of the swimmer Arne Borg and his wife Elise, née Lindberg. Inga Borg and her family moved a lot as a result of her father’s professional swimming career, even to different countries such as Belgium and Switzerland. Inga Borg spent long periods living with her maternal grandparents in Dalarna where, from an early age, she developed an interest in nature. When she was 19 Inga Borg spent the summer of 1945 in the Dalarna fells, a trip which made a strong impact on her. During her trip she drew the wildlife and nature she saw around her.

Inga Borg trained at Kungliga Konsthögskolan (royal college of art) in Stockholm towards the late 1940s and in the early 1950s. During that time her mentor was the painter Ragnar Sandberg. In 1946 Inga Borg married Ulf Grubbström, an author and journalist. Their marriage lasted for ten years, during which they had a daughter named Irja in 1946 and a son named Ante in 1951. Inga changed her surname when she married and she and her husband co-wrote two books: Slädhundar och fjällfärder, published in 1952, and Jonas med fisken, published in 1953.

In 1955 Inga Borg med her debut as an artist when she held a solo exhibition of her work in Stockholm. That year she also released her first book about Plupp, entitled Plupp and the Reindeer. During the 1950s Inga Borg experienced a lot of success, through both her books and her artwork. Her studio in Ulriksdal, Stockholm, served as a gathering point for many artists and illustrators. In 1956 Inga Borg divorced Ulf Grubbström and then returned to using her maiden name. A few years later she married for a second time, to Lars Björkman, and their marriage lasted until 1968.

Inga Borg wrote about twenty books about Plupp, an invisible creature who has been compared to both a Sápmi troll and a fairy-tale creature. Plupp, resident in Sápmi, lives in tune with the seasons and is protective of nature and wildlife. His family comprises a lemming, called ‘Lämmel’, and a stoat called ‘Hermelin’, as well as other animals who live in the fells. Plupp’s home is a hut on the edge of Blåvattnet, at a spot where he found the remains of a campfire. His lifestyle follows the seasons and primarily consists of activities necessary for survival, such as picking mushrooms and berries, and preparing for the changing seasons. He has blue hair, a red nose, and wears an orange scarf and can be recognised by his trademark sound of “plupp, plupp”, which is in a language which only animals and the reader can understand.

The Plupp books are replete with descriptions of nature, both verbal and pictorial, portraying Sápmi wildlife, usually in hues of red, yellow, blue, and orange. Animal lairs and nests are also depicted and using seemingly simple methods Inga Borg creates her own world of images and words. Although Plupp is referred to as male the creature comes across as androgynous and stylised. He always wears the same clothes – a brown gown or dress, if you will, ‘beak boots’ (with an upturned point at the toes) and an orange scarf. He has long blue hair and a red nose. Plupp thus displayes neither particularly masculine nor feminine attributes. This can be taken as a form of criticism of the children’s books of the 1950s which largely mirrored traditional gender norms.

In addition to her Plupp books Inga Borg also illustrated a number of other books where animals served as the focal point. Some examples are Renen Parrak, published in 1959, Bamse Brunbjörn from 1961, Älgen Trampe, published in 1962, Svanen Vingevit from 1963, and the 1964 book Micke Rödpäls. Further, she wrote a book on Carl von Linné and illustrated several of Zacharias Topelius’ stories.

Inga Borg’s peak popularity occurred during the 1970s. In 1975 her books were the most frequently borrowed children’s books from Swedish libraries, totting up 450,000 library loans. Sveriges Television aired some Plupp stories during the late 1960s and early 1970s which resulted in Plupp becoming a character that was known throughout Sweden. A generation of children grew up with Plupp and thus gained knowledge of the Sápmi environment and the fauna of the fells.

During the 1970s Inga Borg became increasingly involved with Tecknarföreningen EST (now known as Svensks Tecknare; Swedish illustrators’s association) and for a time she served as the association’s chair. She was also active within Svenska Barnboksakademien (Swedish academy of children’s books), which was set up in 1989. Inga Borg was awarded several prizes, including the Elsa Beskow plaque in 1970, the Litteraturfrämjandet prize in 1982, and the Knut V. Pettersson stipend in 1995.

Inga Borg died in 2017 following a lengthy period of illness. She was 92. She is buried at Norra begravningsplatsen (the Northern Cemetery) in Solna. 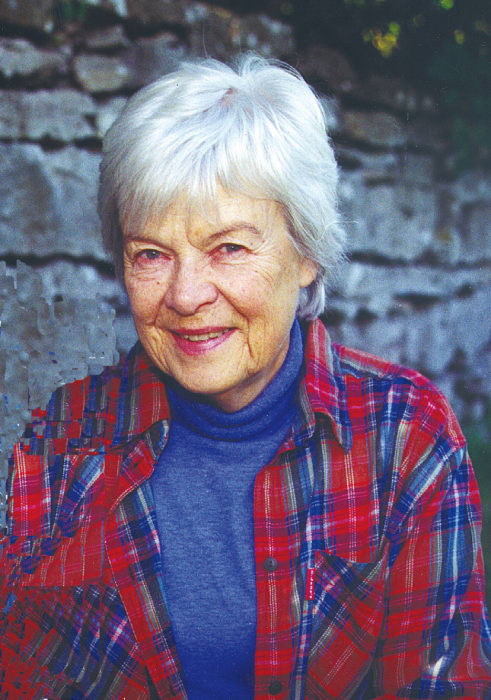